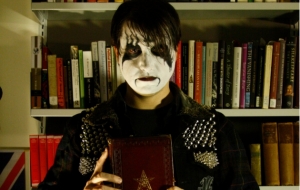 I first met Drew Daniel (Matmos) earlier this year at Mona Foma, where he DJ’d confusing psychedelic beats and weirdness in a replica space shuttle. At the time we were both still smarting over an incredible set by Taswegian black metal legend Striborg, and he confessed to being a huge fan having religiously collected his music for years. So it comes as little surprise that some 5 months later in his solo guise Soft Pink Truth he’s elected to tackle the genre head on, creating noisy house music covers of black metal icons from Venom to Darkthrone by way of Hellhammer. For Daniel who came to electronic music via punk and industrial, it’s simultaneously a homage and a provocative smart bomb, destined to be lobbed in the midst of this bleak, at times racist and homophobic genre to highlight, and in fact send up many of these ridiculous elements. With his excessively earnest, excessively camp, over the top vocals and beats, he’s suggesting it’s okay to buy into the music without purchasing the bullshit. Oh, and it’s hilarious, particularly when you’re trying to reconcile the moments where you feel like you’ve been transported into a mid 90’s rave at a gay nightclub where the moans of ecstasy intermingle with deep deathly growls and the soul siren’s vocals are about rotting flesh. Why Do The Heathens Rage? Electronic Profanations of Black Metal (Thrill Jockey) is not the first time someone has messed with the laws of black metal, but it is the funniest and most accomplished.

“Brokeback utilise the stripped-down ingredients to create mood and space, displaying a patience and a desire to say more with less, mining the space where film score ends and post rock begins.” 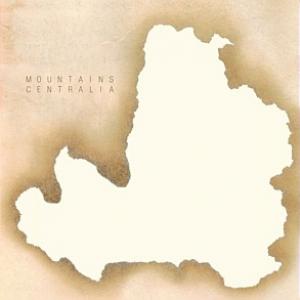 Dan Friel loves noise. But he also loves melody and pop music. In a world where pop music and noise music are at opposite ends of the spectrum Friel elects to construct a new world.  Its name is Total Folklore and his ingredients are searing pitches of sound, horrible, abrasive and shrill. Yet he harnesses them in the most melodic manner possible with a sugary pop sensibility. Friel creates noisy anthemic tunes where you’re just as likely to have your hands over your ears as your fists in the air.

Total Folklore, is his second album and it really develops upon some of the ideas floating around his previous album Ghost Town. Here there are rare sparser moments, even some field recordings taken via his iphone while wandering around everywhere from his own neighbourhood to a panchinko parlour in Tokyo. Everything is proudly lofi, crafted with his first ever keyboard, a Yamaha portasound from 1984 all attached to a bunch of guitar pedals. When he plays live he just opens his battered old suitcase, plugs in and he’s ready to go. Just to sweeten the deal this album was also apparently recorded on a computer purchased in 2001 that’s still running OS9.  Apparently Friel doesn’t like to throw things away.

Dan Friel is a founding member of New York post rock outfit Parts and Labour, yet his solo work, a kind of electro fuzz frenzy is much more energetic, not to mention groundbreaking. No one else would even think of this – let alone do it. It’s the audio equivalent of overdosing on red cordial, pure, woozy, adrenalized hyperactive euphoria, which whilst it may leave you with a slight headache wont have you regretting a single minute you spend with it.

I interviewed Dan Friel a few years ago here: