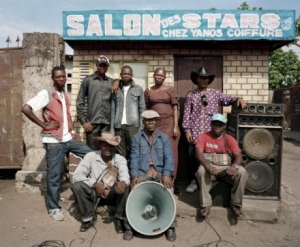 So how would you like your music? With ideas please. Earthstation is what happens when you combine a sustainability conference featuring leading scientists and academics with world music in the Belair National Park about 10kms out of Adelaide. 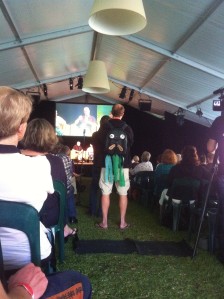 “India is moving 5cms every year, pushing the Himalayas North,” offers Professor Mike Sandiford in his lecture Humans as Geological Agents. At some point in 2050 he suggests our output of power will match the planet’s power, the equivalent of an atom bomb a day. 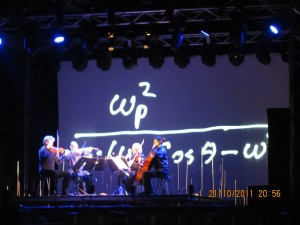 The music began with the USA’s Kronos Quartet performing Terry Riley’s NASA commissioned Sun Rings. Using, samples and incredible visual imagery of space, they conjured up a weary yet uplifting tone, where skittering electrics interweaved with classical strings. Two days later they would play a set in the hot sun with pieces from Riley, Glass, even Syrian superstar Omar Souleyman.

Chinese pipa (an ancient string instrument) master Wu Man performed with the Shanghai Chinese Orchestra, presenting traditional centuries old folk and classical music. The Zheng, a mouth organ on steroids is particularly amazing as the orchestra took us on a tour through provincial china with their stately music. On the closing night they would surprise and fascinate with a hilarious rendition of Click Go the Shears on the 21-string zither. 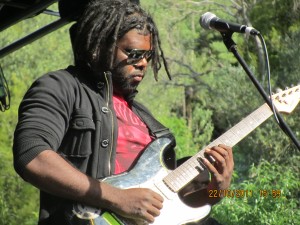 Central Australian Indigenous rockers Iwantja’s recent album Payla is a cracker. It’s everything but the kitchen sink fusion. “Who likes to party? This next song is called we like to party. So get ready to party,” they warn. Their energy is infectious in a set that goes from Gurrimal style crooning to 80’s soft rock finger tapping guitar solos, to 60’s surf guitar, outback reggae, power blues, heavy metal and everything in between.

“You can’t expect the US to lead on this issue, but you can expect Australia to,” offers Roy Neel (Al Gore’s Chief of staff), in a lively panel discussion on the politics and policy of climate change. He’s quite impressed that carbon tax is still alive in Australia when it was shot down in the US. Other panellists aren’t so sure. Ian Lowe from Griffith University suggests Australia can no longer use the drug dealers defence, that if we don’t sell coal someone else will. The irony of implementing a carbon tax whilst exporting coal and uranium is lost on no one. “It’s important to have a well hung parliament,” sums up Giles Parkinson.

Zakir Hussain delivered a master class in percussion, where he was joined on stage by an ever-changing gaggle of percussionists including his own brother who opened the performance with incredibly percussive breathing. Hussain understands mastery plus theatre equals a great performance. His brother talks of the journey of a train and they proceed to represent it through rhythm, ending in an incredible percussion call and response duel.

Congo’s Konono No1 took to the stage with bemused smiles, peering down at us as they fiddled with their likembes. It was like they knew something that we didn’t, and as their trance music began to take hold we rose like lemmings to dance to this strange beautiful bizarre music. The likembe sound soaring across the Belair parklands was majestic, causing people to act in strange ways, from bizarre dancing to kids being flung headlong into the air on blankets. The one constant was the beatific grins held by all.

Later Mark Atkins regaled all with his bush tales. His approach to the didgeridoo is quite unique, beat boxing, even talking through it, conjuring up everything from experimental drone music to techno, and the sound of ‘a road train right up the ass.’ 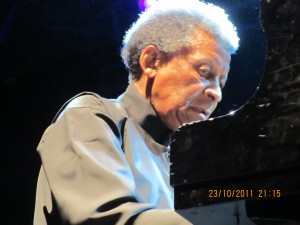 The festival ended with the stately Mandela like South African pianist Abdullah Ibrahim. Seemingly improvised he played solo piano for over 50 minutes of gentle beautiful simplicity. A light rain fell and we lay on our backs closed our eyes and just allowed the music to flow over us.

“We don’t inherit the earth from our parents, we loan it from our children,” came a Native American proverb during the final Kronos performance. It’s a statement that sums up the festival as a whole. Ideas were everywhere, combined with solution focused positive thoughts for the future. It’s one of the smartest festivals around. Despite some odd musical choices (Paris Wells/ Rickie Lee Jones) and Tounami Diabate’s last minute cancellation, the mix of thought provoking discussions and world music over two and a half days in the beautiful Belair National Park was an inspiring model of a conscious festival. It didn’t hurt that I saw three koalas either.

It’s rare, but sometimes music appears that is so different, so strange, so removed from your musical experience, yet so jaw dropping that it stops you dead in your tracks. Konono No 1’s debut album 2004’s Congotronics 1 was a raw hypnotic electronic trance music that was as rickety as it was beguiling. It seemed to reference everything from Krautrock to Calypso music to electro acoustic experimentation, all approached with a joyous and infectious abandon. Of course it referenced nothing of the sort because its participants had never heard these genres, rather Konono No1 who hail from Congo, close to the border with Angola were attempting to play traditional Bazombo trance music. Their unique sound stemmed from their desire to amplify their likembe’s (thumb piano), using homemade microphones plugged into shitty amplifiers. It distorted everything, offering a warm layer of fuzz to their sounds.

Since then they’ve toured the world, released a live album and guested on Bjork’s last album. Pretty good for a band that began 44 years ago. Assume Crash Position is their second studio album, and sees some changes. Not only is the percussion much more developed, pushed further out front, so too are the call and response vocals often from guest musicians and there’s even some guitar courtesy of their much more scattered compatriots Kasai Allstars. It’s seems the band are really trying to demonstrate some development from their debut, and they’ve succeeded. However this more familiar instrumentation whilst increasing the diversity of approaches has to some extent reduced the freak factor, a very attractive element of Konono No1’s appeal. Yet ultimately the sheer exuberance of their music dispels these concerns. It’s still a pumping buzzing vibrant album with plenty of their trademark off kilter jams, yet they’ll also dip down into quieter more intimate passages, and it’s with these developments that the new rewards come. It’ll still drop your jaw, just in different ways.